Home » News » Continuing to work in tandem with Blood Bikes

Leading roofing manufacturer Russell Roof Tiles has named two much needed ‘’blood bikes’’ bought with by an impressive £24,000 generated after a successful year of fundraising by Russells.

At the same time as naming the two bikes Russells has announced it is to continue to raise further cash for  the same two charities, Dumfries & Galloway Blood Bikes (DGBB) and Shropshire & Staffordshire Blood Bikes (SSBB) this year.

Both charities are volunteer-led organisations, doing hundreds of runs every month to provide essential delivery services of lifesaving medical supplies and vital blood samples. They operate 24/7, rely solely on volunteers’ fundraising efforts and do not receive any government or local authority finance.

The two new bikes are called Lady Devorgilla – the Scottish bike and Brewer – for the Burton bike.

Lady Devorgilla was named after lengthy discussions with the employees at the Lochmaben site – DGBB name their bikes after women.  Bruce Laidlaw, Russells’ Production Director explains: “We chose this name because we believe it is a fitting tribute to a Lady who was such an influential local figure. Lady Devorgilla is synonymous with the area and she is also the inspiration for the Devorgilla bridge in Dumfries. She is said to ‘look over’ the town.”

Dave Hook, Chairman of DGBB said: “The new bike will allow us to improve crucial services for the health and well-being of the people of Dumfries and Galloway. It will aid our volunteers with transporting organs, blood and platelets to hospitals across the region.”

In Burton-on-Trent – where Russells employ a team of 180 across their two factories – the name that has been chosen is Brewer, a nod to the town’s history of being known for brewing, particularly pale ale. Historically, the minerals in the water put Burton on the map in the brewing world.

Russells’ generous staff raised the impressive sum of £24,000 in 2016, having participated in an impressive variety of fundraising activities. Russells hopes to match this amount through 2017’s fundraising efforts, including its “dancing on the tiles” strictly-style event, football matches, a Golf Day and various other activities. 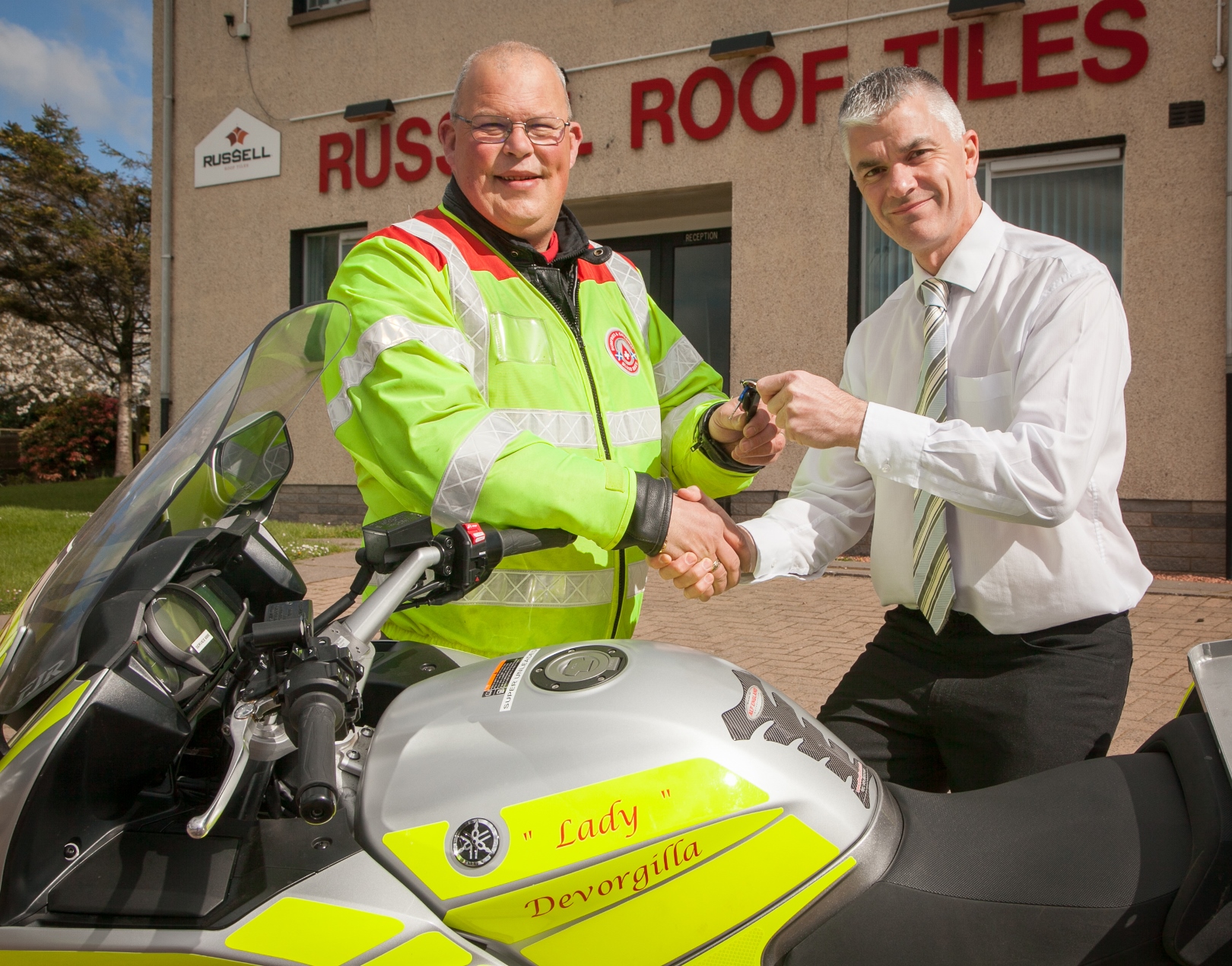