Russell Roof Tiles (RRT) logo will be seen on the back of Burton Albion FC’s first team shirts for a third consecutive season.

The roof tile manufacturer has supported the club for the past seven years, including sponsoring the East Stand at the Pirelli Stadium in Burton on Trent since 2018.  Russell Roof Tiles has been a long-standing partner of the club, has hosted its annual Big Charity Quiz at the Pirelli Stadium and taken part in the Corporate Five-a-side tournament at the ground.

Now the firm will continue to have its name on the back of both the home and away shirts for the 2022/23 season for Manager Jimmy Floyd Hasselbaink’s first team squad throughout the Sky Bet League one season.

The shirt, which features a map design with all roads leading to Burton Albion, celebrates the club’s position at the heart of the community.

The roof tile manufacturer has supported the club including sponsoring the shirts of the Burton Albion Academy Under 15s side.

Burton Albion Chairman Ben Robinson said: “We have a great relationship with the team at Russell Roof Tiles, as well as Andrew Hayward who are all big supporters of the club and our community activities.

“Our new season shirt is a potent symbol of the way the club and our community trust interacts with the fans and the wider community. That was symbolised by the Pirelli Stadium Vaccination Centre which has delivered more than 300,000 life-saving Covid jabs.

“We have long-term relationships with many of our sponsors and Russell Roof Tiles has been an important part of that, including continuing to support us through the pandemic when games were played behind closed doors.

“Football is a powerful tool for making a difference in the community and sponsors like Russell Roof Tiles know they are supporting all that we do, as well as the team that goes out onto the Pirelli Stadium pitch on a Saturday afternoon.

“I want to thank Andrew and his team for their continued support, and we look forward to another successful year together.”

Andrew Hayward, Managing Director at Russell Roof Tiles said: “We are delighted to be partnering again with Burton Albion for the new 22/23 season as part of our long-standing support for them.

“Burton Albion plays an active part in the local community with fits perfectly with our core company values.

“Russell Roof Tiles shares a common long-term vision for this partnership and hope all parties can continue to go from strength-to-strength in the next football season.”

Russell Roof Tiles is one of many businesses who support local sporting clubs to make a positive contribution to their communities and make a real impact on causes that matter to them. In addition to its support of Burton Albion, the company has made massive impact. Since 2015 the firm has supported 33 different charities and causes local to Burton and Lochmaben, it has hosted 39 fundraising events and has donated £113,500 and counting to various organisations.   This year the company is aiming to raise £50,000 through its Give 4 Good campaign. 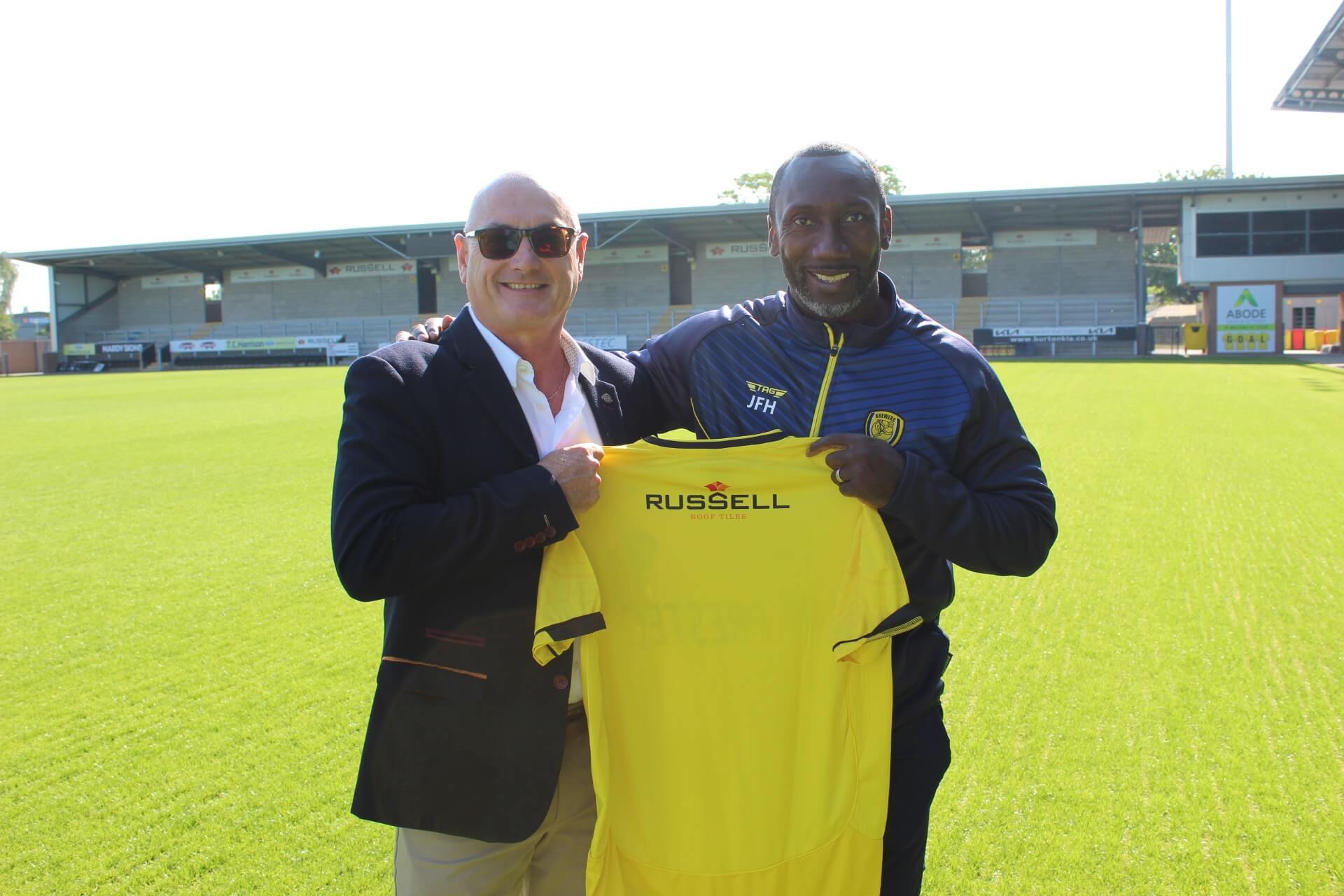