Each charity received £6,300 from the Wetmore Lane and Nicolson Way manufacturer, presented at a special event this month.

The company has raised a total of £55,300 this year as part of its ambitious ‘Give 4 Good’ project  as part of its celebrations of independence. To mark the occasion the business and its team challenged themselves to raise £50,000 for charity, more than double what they’d ever raised before.

Over the last 12 months, the manufacturer and its teams have taken part in some gruelling, fun and inspiring challenges for charity, including a bake-off, golf day, football tournament, paddleboarding, firewalking, climbing, plus a sponsored haircut.

The initial target was exceeded after the company hosted its final event, the annual quiz night in late November at the Pirelli stadium, taking the total to £55,300.

Managing Director of Russell Roof Tiles and creator of the Give 4 Good project, Andrew Hayward, delivered the presentation to the charities, revealing they would each be receiving £6,300.

Liz Omahoney from Winshill Neighbourhood Resource Centre said: “I can’t believe it, we’re in complete shock, £6,300 is more than we could’ve dreamed of, especially at a time when it’s hard for charities to stay afloat. Now we’ll be able to continue our work and run all the events and projects we do. From everyone at the resource centre we want to thank Russell Roof Tiles and all the team again for their incredible work, it truly means the world to us.”

The Winshill Neighbourhood Resource Centre located on Canterbury Road, is a community centre that is solely funded on donations and grants. The charity operates in the middle of Winshill which is a challenged area and acts as a warm hub for people to gather, attend events and special activities as well as a food collection point to help the community through the cost-of-living crisis.

Andrew Hayward commented: “We try and support a spectrum of different causes that are local to our sites and are carrying out critical care within our community.

“It was a pleasure to announce how much we’d raised, and we’re humbled by the response of those we’ve donated to this year. It’s been a tough one for everyone, but with a lot of hard work, determination, and support from not only colleagues, but our friends, family, customers and suppliers, we’ve helped make a difference to our community.”

In addition, two members of the team, Caroline Westwood, Customer Service Supervisor, and Andy Iliff, Assistant Works Manager, were also recognised for going above and beyond in supporting the Give 4 Good project this year.

Andy was specifically involved in organising the hugely successful fire walk event which raised an astonishing £7,500, while Caroline has been the frontrunner, making sure that suppliers, customers and the RRT team got involved, especially for their quiz night. Ensuring the company reached its record-breaking target.

Russell Roof Tiles is a leading independent pitched roof tile manufacturer supplying products for the top housebuilders and high-profile social housing and commercial projects.  The company produces thousands of tiles every week that are used on roofing across the UK, for all the UK’s premier housebuilders and developers. 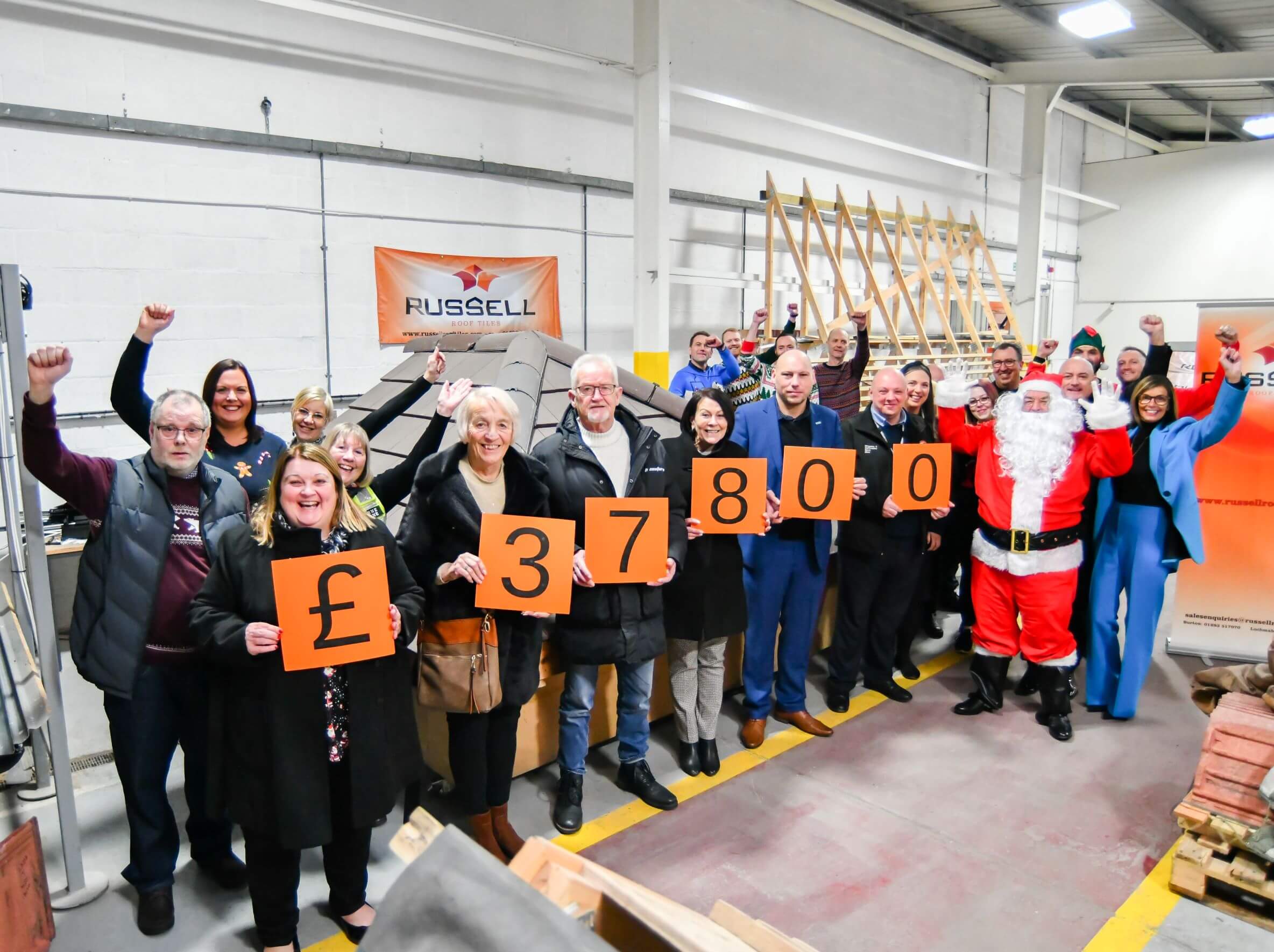 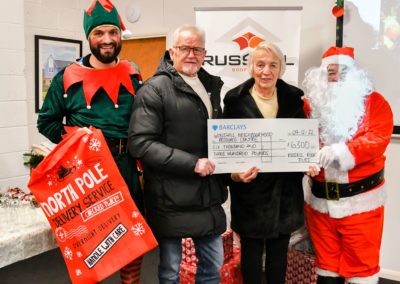 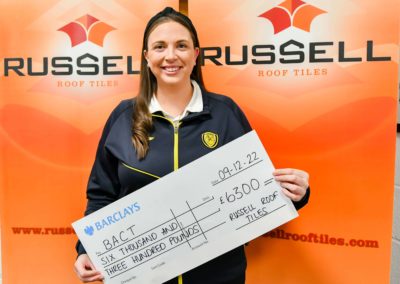 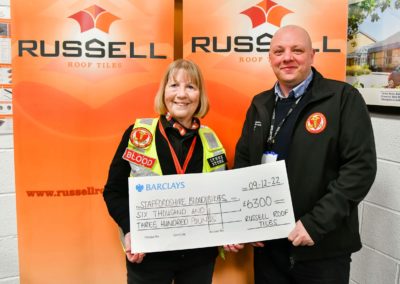 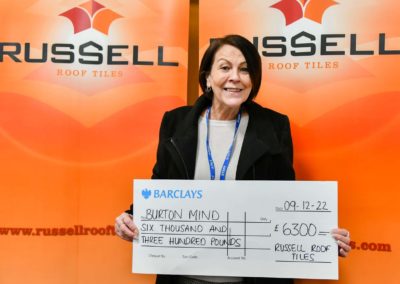 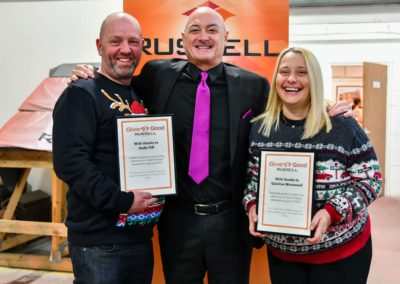