A local man from Lochmaben has completed the gruelling challenge of climbing to the top of the Criffel after suffering a stroke to raise money for the Castle Loch Lochmaben Community Trust.

Colin Stevenson Yard Supervisor at Russell Roof Tiles Lochmaben site, suffered a major stroke in September 2019 after having part of his lung surgically removed, which made breathing and exercise a difficult task for Colin.

During his recovery Colin found himself slowly venturing outdoors more and more, often visiting the Loch, currently owned by the Castle Loch Lochmaben Community Trust, where he began building up his strength.

At the beginning of May, just two years after his major operation, Colin set himself the challenge of reaching the top of the Criffel, which has a 506-meter ascent, after Russell Roof Tiles announced it would match the donations that employees raised through challenges and events that would support local charities and causes close to its site.

With the support of his family and daughter Karen Stevenson, who volunteered to join Colin on the challenge, they managed to reach the top in three and a half hours, before making the long and tiring descent back to ground level.

Colin explained: “In 2019 my life completely changed, after having a small section of my lung removed, and then suffering from a stroke, I never thought I’d be able to walk up the Criffel. Thanks to the Castle Loch Lochmaben Community Trust a charity based in my hometown, I was able to start walking around the Loch and building my strength up little by little. This year, I wanted to take on something that would be a huge challenge and raise money for the charity that helped me get my life back. The climb wasn’t an easy one, but I got there. I couldn’t have done it without the support of my friends, family and colleagues.”

Colin has chosen to donate the £1400.00 raised to the Castle Loch Community Trust, to ensure that the conservation of the area is maintained and that people within the community can continue to walk around the Loch. The charity looks after the environment through community volunteer initiatives.

The team at Russell Roof Tiles were in full support of Colin and admire his bravery for taking on such a hard challenge. Bruce Laidlaw, Operations Director at Russell Roof Tiles said: “Colin is an inspiration to us all. He’s undeterred by his health condition and the 506-meter ascent. He’s the first person this year at Russell Roof Tiles, to have taken on an extreme challenge on his own. He’s set the bar high and raised a significant amount for the Castle Loch Lochmaben Community Trust. A charity close to Colin and Russell Roof Tiles. From me and the rest of the team, you’ve done us all proud.”

As part of Russell Roof Tiles Give 4 Good initiative, introduced at the start of the year, employees have the chance to volunteer to fundraise for local charities. For anyone who reaches over £1000, Russell Roof Tiles have promised to match the donation.

Community is at the heart of Russell Roof Tiles. So far this year, teams at the firm have taken part in a number of charity fundraising activities, including a bake off, paddle boarding challenge and football match to try and raise a massive £50,000 for local charities and causes.

Russell Roof Tiles is a leading independent pitched roof tile manufacturer supplying products for the top housebuilders and high-profile social housing and commercial projects.  The company produces thousands of tiles every week that are used on roofing across the UK, for all the UK’s premier housebuilders and developers. 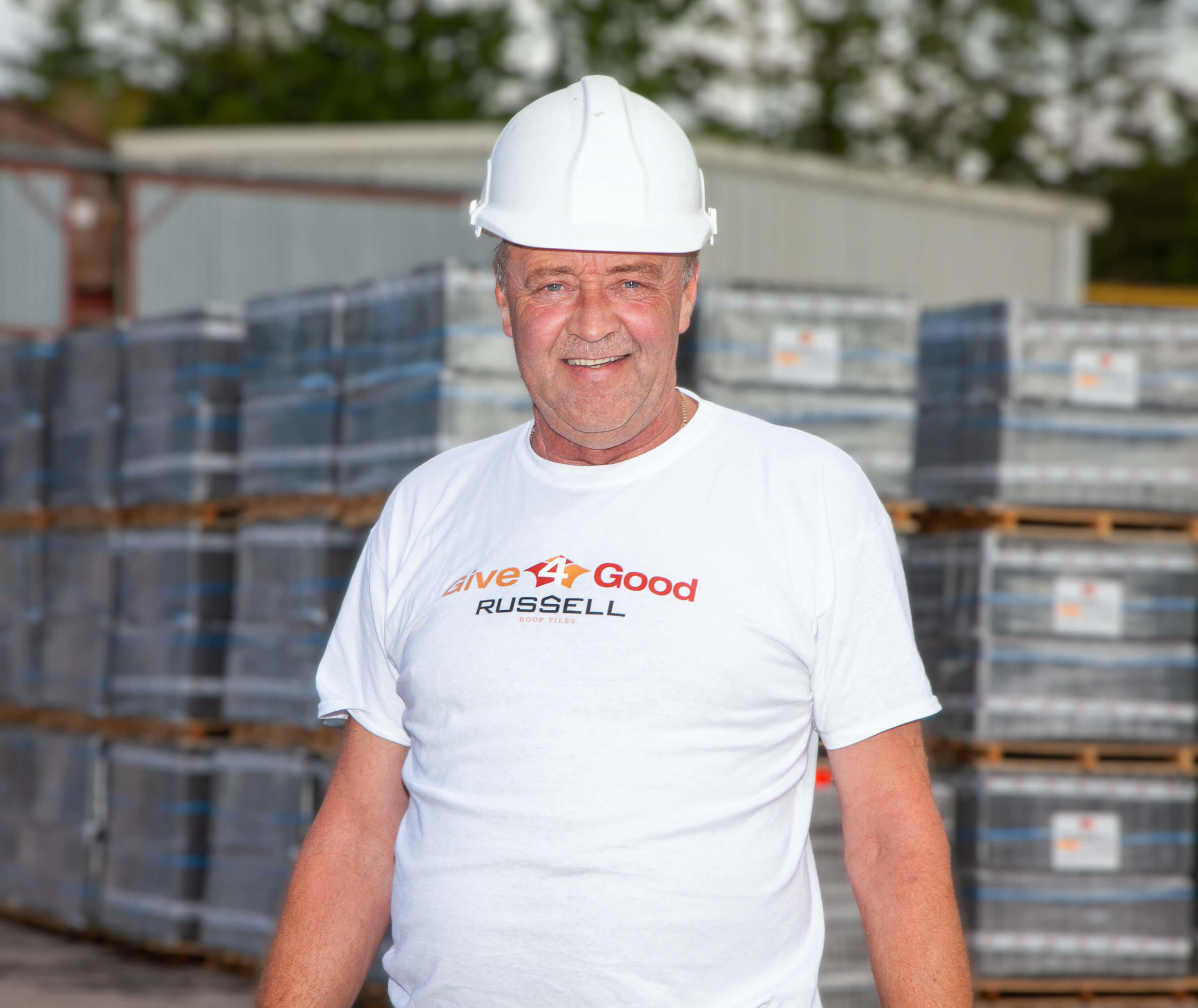