Following on from previous investments in young talent, Burton upon Trent based Russell Roof Tiles has announced shirt sponsorship of Burton Albion Academy’s Under 15s football team this season.

Russells is a keen supporter of youngsters in the local community, both on and off the field.

This is the first shirt sponsorship by Russells who already sponsor the East Stand at the Pirelli Stadium, home of Burton Albion FC.  Known as “the Brewers” the team leapt into the championship league in 2015 led by manager Nigel Clough.

Now, the roofing manufacturer – which has two sites in Burton on Nicolson Way and Wetmore Lane – have decided that they also want to play a part in supporting tomorrow’s sporting stars.

Andrew Hayward, Managing Director of Russell Roof Tiles says “It’s so exciting to be supporting the next generation of star Burton Albion players as we are keen to nurture local talent. We have plenty of colleagues who are lifelong Brewers fans; it’s the perfect partnership with our sites in Burton.”

Their values are shared by Burton Albion Academy, who are passionate about creating well rounded young people in addition to developing them as talented footballers. Academy Manager Dan Robinson says “We want our players to appreciate that they need to work hard in all aspects of their life in order to be successful. All players at the Burton Albion Academy must have completed their school and college work in order to play.”

Dan continues “Character and work ethic is incredibly important to us, which is why it’s so great to have Russells on board as they are a key business in Burton that really cares about young people in the community.”

And it’s not just young football players Russells supports; the roofing manufacturer were awarded Employer of the Year in the 2016 Burton Mail Business Awards. They have a range of initiatives to reward their 180-hardworking staff including an apprenticeship programme which helps youngsters kick-start their roofing careers. Just this year, Russells developed a brand-new Line Technician role that provided jobs and training for local young employees.

Additionally, last year their generous staff have raised £12,000 for local charity Shropshire & Staffordshire Blood Bikes and they continue to be Russells’ chosen charity for 2017. Andrew continues: “It’s important to us to invest in our local community and to be able to be Burton Albion’s Under 15s’ official shirt sponsor is an honour. We can’t wait to see the team play sporting their Russell Roof Tiles shirts.”

Russells’ tiles and accessories are in demand by the UK’s top house builders and high profile social housing and commercial projects. 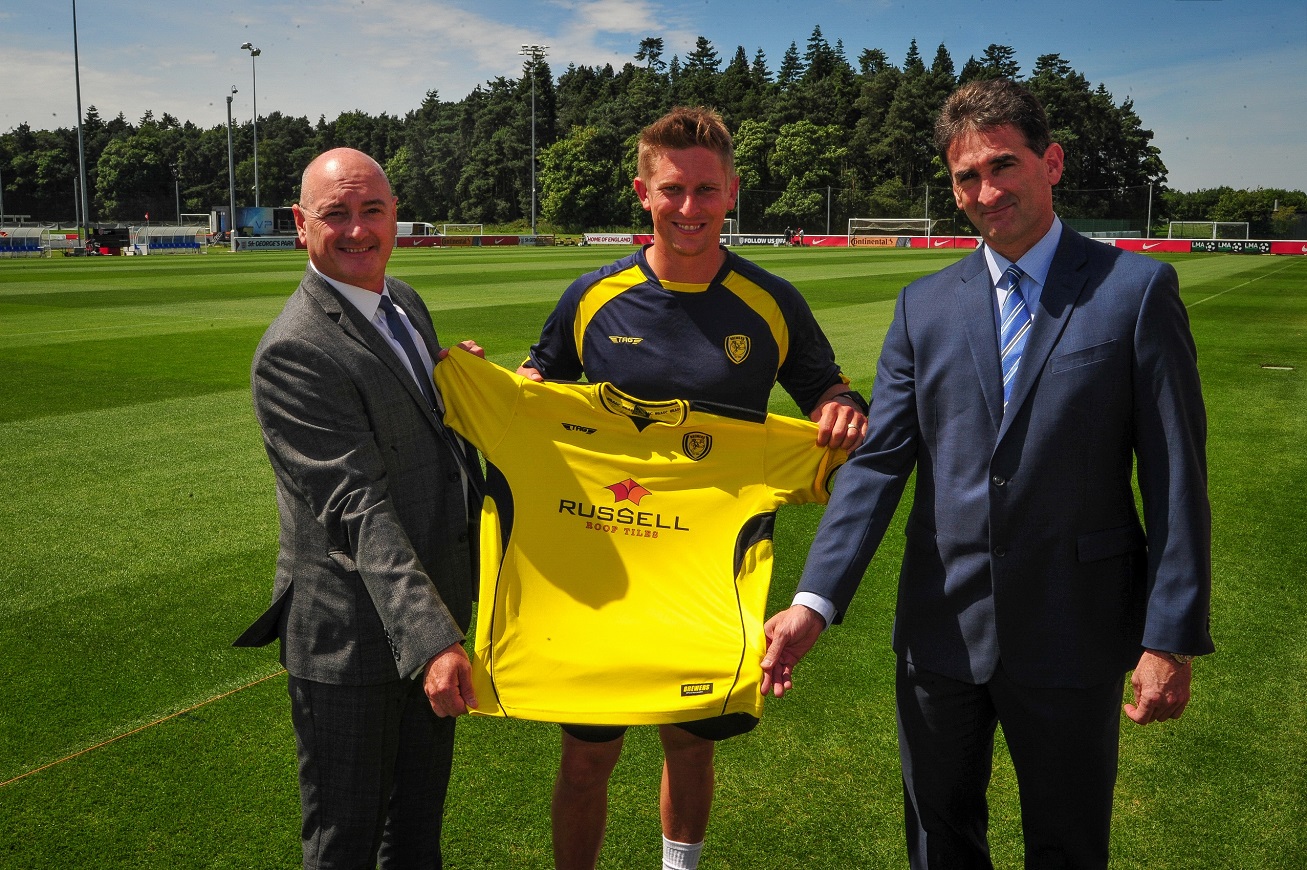