Pitched roof tile manufacturer Russell Roof Tiles announced its ambitious target to raise £50,000 for good causes this year, with a project called Give 4 Good.  Russell Roof Tiles employs 140 people at two sites in Burton, and one in Lochmaben (Scotland).

Ten contestants from the company put their baking skills to the test, each donating £10.00 to enter and impress head judges Trisha, Lauren & Holly from Burton’s local patisserie, The Green Door, an independent catering and bakery company, who volunteered to taste the sweet treats on offer and crown the first ever Russell Roof Tiles bake-off winner.

Theresa Ensor, was announced star baker, after baking a delicious Carrot Cake, which won over the judges after scoring highly for presentation, taste & texture.

In addition to the bake off, the team also made-up Easter boxes to sell in the build up to the main event and boost the funds pot. Russell employees and their families sold a whopping 70 cake boxes which totalled £800 with every penny raised helping provide a safe space in the community for local groups and organisations to hold meetings and events.

The bake-off contestants collectively raised £1,000 of which Russell Roof Tiles have match-funded, taking the total amount donated to the Burton based charity to a huge £2,000.

Andrew Hayward, Managing Director commented “The charity bake-off was very popular, which was great for us as it means more money going back into our local community. We’ve raised more than we originally intended so it’s great that it’ll be going back to the resource centre and funding more projects and activities for Burton locals.

“I also want to say a huge thank you to our favourite Burton patisserie, The Green Door, for coming down and judging the competition, it was a real icing on the cake moment.”

Kim Smith, Winsill Neighbourhood Resource Centre commented “We would like to say thank you so much to the Russell Roof Tiles team for all their time in helping to raise funds for us, being presented with a cheque for £2,000 was fantastic and will go a really long way to helping our community. We even had some cake left over to use in our free breakfast club on Friday.”

This is the second event that Russell Roof Tiles have hosted this year, with the first being a SUP paddleboard challenge which has seen a team of eight paddle 210 miles collectively to raise money for mental health charity, Mind. 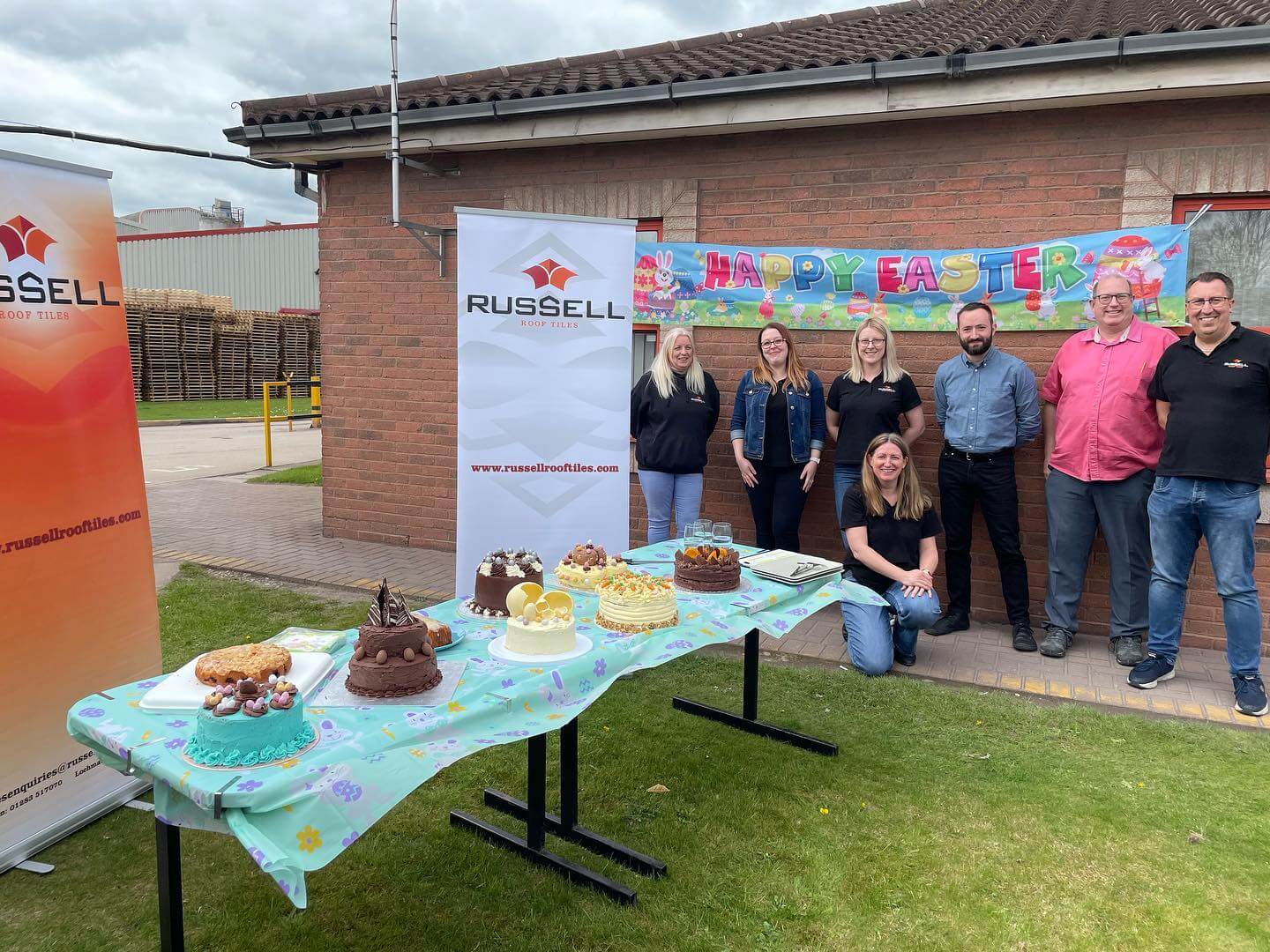