Called “Give 4 Good” the project is part of the firm’s celebration of 10 years of independence.

The manufacturer and its staff intend to raise money through lots of different initiatives, including eight official company led events as well as an employee initiatives and match-funding programmes.  As well as fundraising, staff will also be offered paid volunteering.

Employing 140 people at two sites on Nicolson Way and Wetmore Lane in Burton, and one in Lochmaben (Scotland) the firm is focusing its support on a number of different areas, specifically education & literacy, health & wellbeing, pets & animals and the environment.

Its corporate events throughout the year will include Big Quiz, Golf Day, Bake-Off, Paddle Challenge and Football Match. Recipients of the fundraising will include mental health charity Mind, Blood Bikes, YMCA, as well as local causes such as Hillfield Animal Home, Veterans Garden Dumfries, Food Train Supporting Older People – all of which have been nominated by the staff.

Andrew Hayward from Russell Roof Tiles comments “Supporting our local communities is a core part of our values, we are committed to supporting causes and charities important to our team and neighbours.  Since 2015 the team at Russell Roof Tiles has pulled together to fundraise for local charities close to their hearts.

“Over the past seven years we have raised over £113,000, so to bring in £50,000 in one year alone is a huge target, but I’m certain we’ll achieve it with the help of our customers, partners and suppliers.”

Two staff match funding programmes have been created to cater for team members who want to organise or take part in events, to raise money for own charity or good causes.  If they are able to raise £1000 for their own event RRT will donate £1000.

The company has invested in charity support over the years, since 2015, Russell Roof Tiles has supported 33 different charities and causes local to Burton and Lochmaben, it has hosted 39 fundraising events, that have seen staff dance, hike, run, cook, and even slim their way to raise cash.  Over the years its Annual Big Quiz alone has raised over £22,550 and its charity golf tournaments raising over £28,000.

Over this time the company has raised nearly £63,000 for both Shropshire, Staffordshire & Cheshire Blood Bikes and Dumfries & Galloway Blood Bikes. These charities are volunteer-led organisations, doing hundreds of runs every month to provide essential delivery services of lifesaving medical supplies and vital blood samples. They operate 24/7, rely solely on volunteers’ fundraising efforts and do not receive any government or local authority finance.

Its first company event will be a Bake-off style event – launching in April. 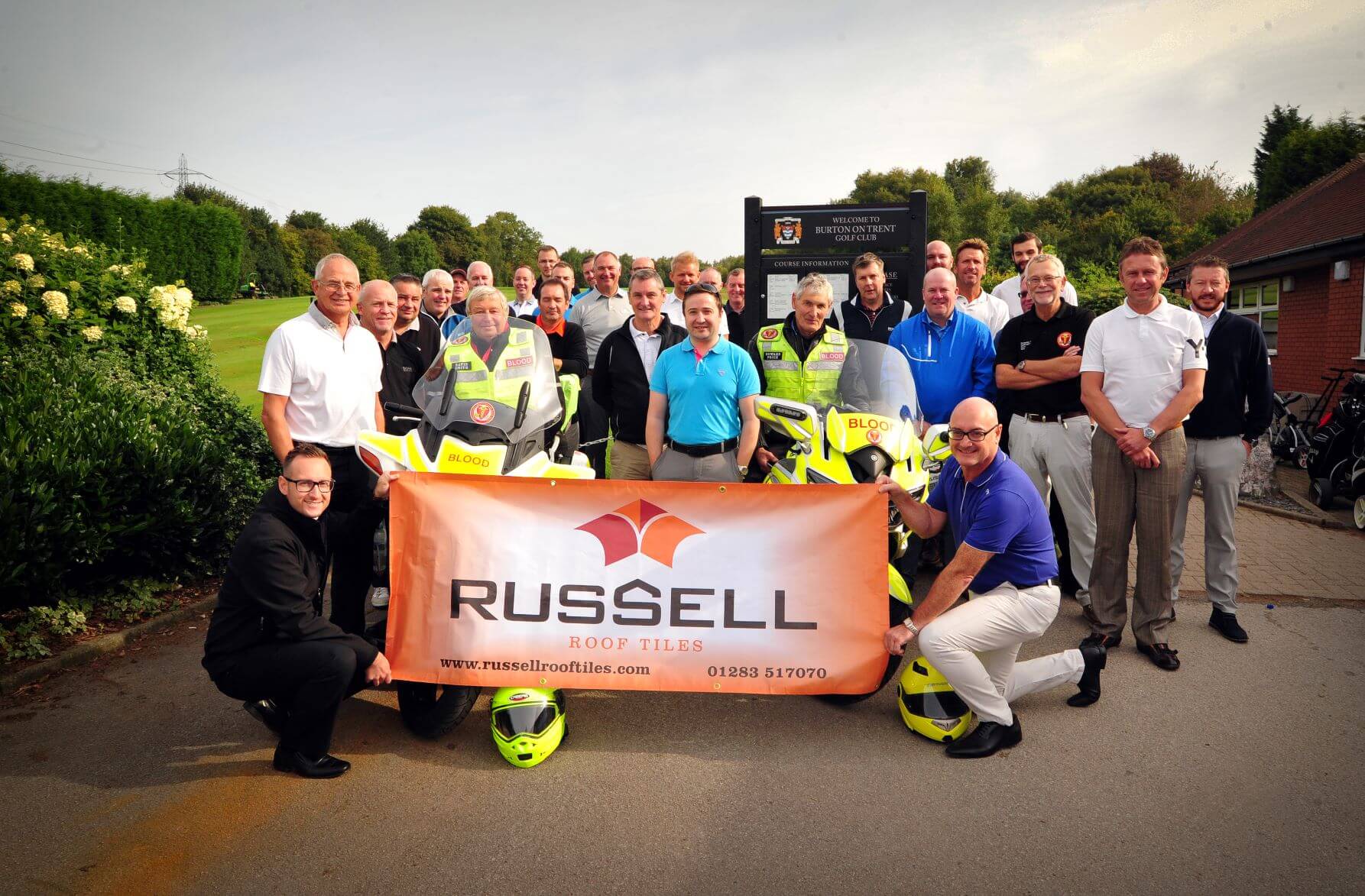