The UK housing crisis has been widely reported on throughout the country over recent years. The lack of affordable housing in the UK continues to cause problems for families who are in desperate need of a place called home – especially following the impact of Covid-19.

Award winning construction company, Robert Woodhead Ltd which is part of the Woodhead Group based in Nottinghamshire – provides affordable, sustainable housing for residents that need it.

Russell Roof Tiles has over the last four years has been specified on the majority of Robert Woodhead Ltd’s schemes.  (Woodhead Homes were recently named as the National Federation of Builders (NFB) UK House Builder of the Year (delivering under 35 units per year).

As a company on the path towards a low carbon future, Robert Woodhead is focused on working with suppliers that provide a similar approach and products that offer maximum sustainability.  This is one of the reasons the developer has been working with Russell Roof Tiles who provide a sustainable cost-effective solution for pitched roofing.  Russell Roof Tiles recently supplied pitched roof tiles for three of the company’s social housing developments across the East Midlands.

This includes across six sites in Leicester – in a ground-breaking project by Leicester City Council to build hundreds of affordable homes across the city. The first homes are at Crown Hills, the first phase of a project which will see more than 300 new council homes built over the next few years. Russell Roof Tiles also supplied tiles for much-needed homes on the NWLDC site of the former Cocked Hat pub in Greenhill, Coalville.

These developments specified Russell Roof Tiles’ Lothian tiles in Slate Grey. Lothian tiles are a thinner leading-edge tile with a mock joint and hidden interlock. The tile is used to create a slate or small format tile appearance whilst offering the commercial benefits of a concrete tile.  Lothian forms part of the Russell Natural Range – a series of thinner leading edge tiles with either a smooth face, a riven finish or a mock format joint. These all give a different natural slate or clay appearance.

Russell Roof Tiles’ tiles are designed to be long life, durable and require minimal maintenance once installed. The versatility of concrete allows for an authentic slate effect roof tile which is considered more stronger and more durable than traditional roof tiles.

James Pendleton, Regional Sales Director at Russell Roof Tiles comments: “Russell Roof Tiles has always had a fantastic working relationship with Robert Woodhead Ltd who have specified our tiles on the majority of their social new build schemes – due to Russell Roof Tiles product strength and green credentials. We’re delighted to be able to work with a company which has similar values in terms of reducing its carbon footprint.”

Russell Roof Tiles was the first British roof tile manufacturer to have achieved an “Excellent” rating for responsible sourcing, recognising the company’s dedication to sustainability. 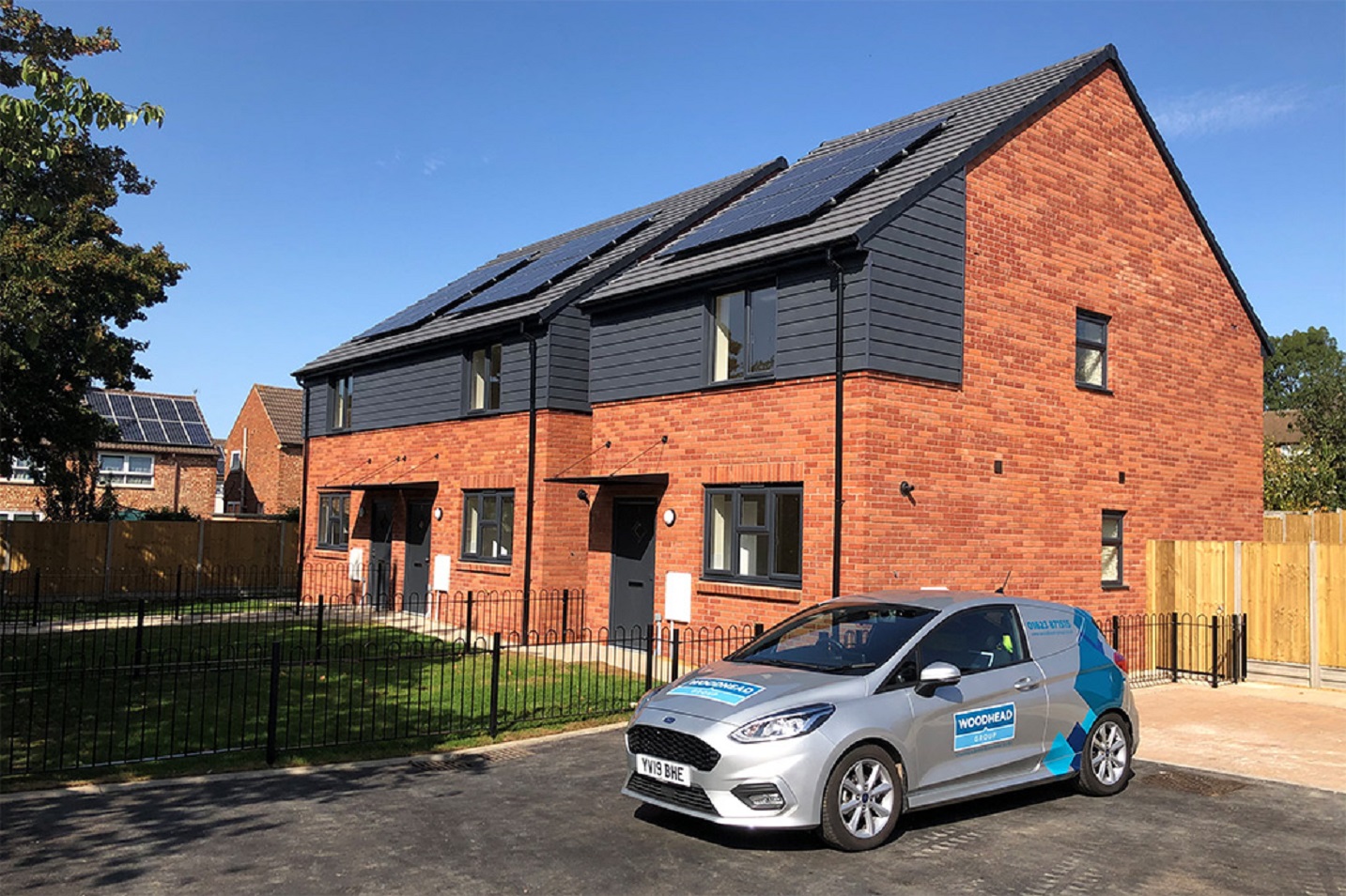