Home » News » Russells has a Ball at Golf Fundraiser

The players were split into 2 sides, Team England and Team Rest of the World and the teams battled it out to win the Russell Roof Tiles Ryder Cup, but ultimately it was Team England who were declared champions, winning by 10.5 – 9.5 in a very close fought affair! Burton-based roofing contractor, Advanced Site Services, won Highest Scoring pair with 69 points winning £100 worth of Ticketmaster vouchers, while Bobby Young from Lancashire-based roofing company, Priority Roofing was awarded a £50 golf shirt for hitting the Longest Drive.

A magnum of champagne was awarded to Russell Roof Tiles’ Operations Director, Bruce Laidlaw for getting ‘Nearest the Pin’, while Gary Ridgeway of national roofing services company, Steadfast Roofing, was awarded £50 of golf accessories for winning the ‘Nearest the pin in 2’ prize.

Russell Roof Tiles, which has two sites in Burton and a further site in Lochmaben, Scotland, has been running the event since 2016. It has seen an excellent £17,500 raised, with this year’s contribution taking the total to £22,500.

Ross Hayward, Area Sales Manager at Russell Roof Tiles, has been organising the golf day since its inception. He said: “Hosting events such as the golf day enables businesses from across the region and the UK to get involved in a fun and exciting event, while raising money for important causes. Every year, we are blown away by the support of the attendees and I would like to thank everyone that attended and helped us raise such a fantastic amount of money.”

Andrew Hayward, Managing Director at Russell Roof Tiles, said: “This year is particularly special as our Pitching for Pennies scheme means we can provide even more support for important causes, by match funding the total raised. Since we announced the launch of the scheme at the start of the year, our staff have got fully stuck in, raising money for local causes and the golf day was no different. A fantastic effort by everyone involved.”

Russell Roof Tiles has always been dedicated to supporting local causes, raising an impressive £78,000 for a variety of organisations since 2015. Staff have been involved in everything from a weight loss charity challenge to a “Strictly Come Dancing” inspired ballroom fundraiser. 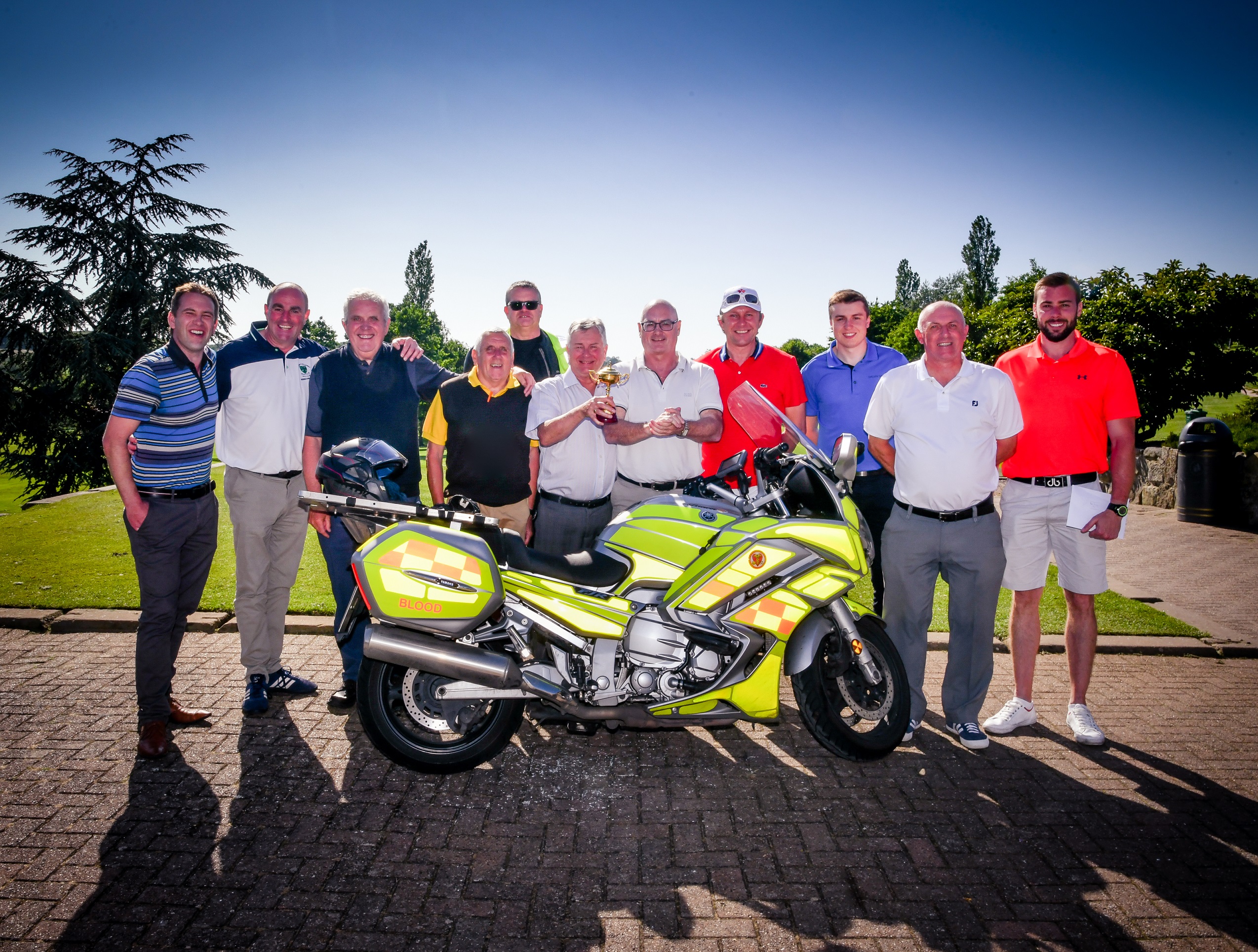